Answering the Call… From Recruit to the Front Lines of WWI 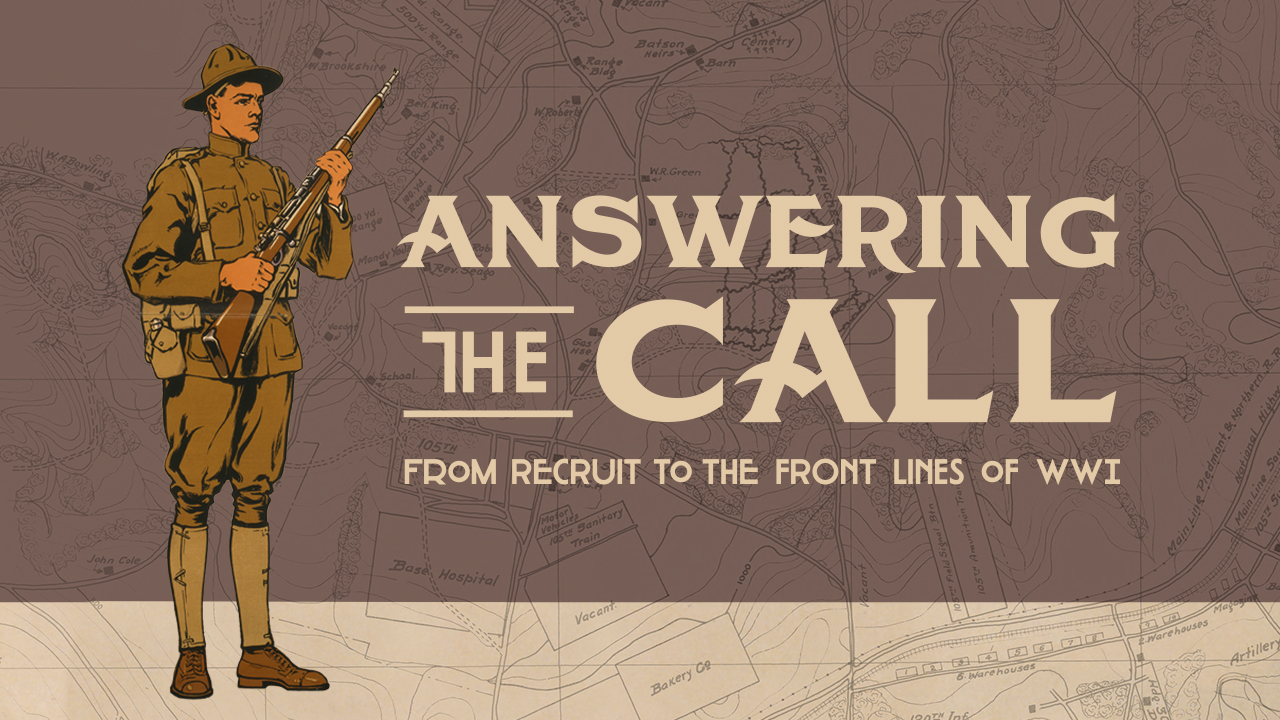 World War I. The Great War. The “war to end all wars.”

It was a war that began on July 28, 1914, and saw major nations of the world mobilize armies into expected alliances. It was also a war that three years later on April 6, 1917, brought the United States into its first major international conflict since its own battle for independence.

Despite being woefully unprepared for war – possessing a standing national army of less than 200,000 soldiers, a lack of equipment, munitions and training facilities, no process for supplying and transporting an army, and garnering more support for neutrality as opposed to entering a conflict not of its own making and on foreign soil – the U.S. rallied with extraordinary speed to overcome these initial hurdles as it found itself now drawn into battle.

As the first members of the American Expeditionary Forces (AEF) arrived in Europe in June 1917, the impact of their presence was both immediate and steadying. The Doughboys proved up to the challenges presented by this new industrialized war, persevering in unimaginable conditions, forging through horrors of trench warfare, and solidifying a greater understanding of America’s role in the world, as well as the sacrifices required for democracy and peace.

Answering the Call…From Recruit to the Front Lines of WWI a special exhibition at the Upcountry History Museum presents an overview of the influence “the Great War” had on the course of history, as well as some of the notable advancements made to the modern world as a result.

Focusing on the experience from a recruit’s perspective, this artifact-rich exhibit will draw visitors into the everyday life of the American Doughboy, including what he wore, what he ate, the equipment he carried, and the thoughts he shared with those on the home front. Drawn from local collectors and the Museum’s permanent collection, the exhibit will feature original posters used to rally the public; postcards and photos from local troops stationed at Greenville’s Camp Sevier and Spartanburg’s Camp Wadsworth; arms, field equipment, and personal essentials carried by individual soldiers as they embarked on their journey “over there.”

In addition, Answering the Call seeks to raise awareness of the roles and contributions of women and African Americans during the call to serve, as well as the significance their participation meant to transformative social change in areas of women’s rights, race relations and the economy as the modern era began.