Back Where I Come From: The Upcountry’s Piedmont Blues 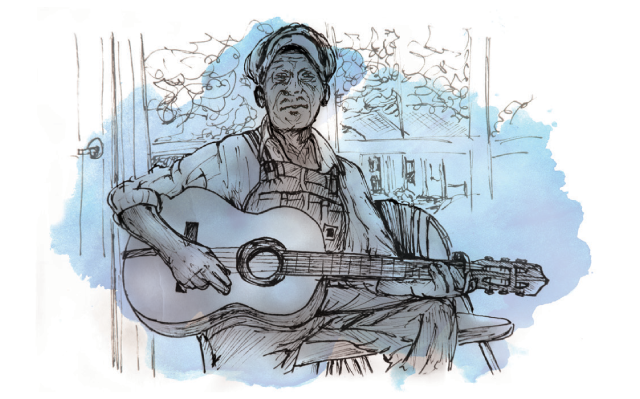 Back Where I Come From, the Upcountry History Museum – Furman University’s newest upcoming, semi-permanent exhibition will take visitors on an enlightening experience through the roots and evolution of the Upcountry South Carolina’s blues history.

Through an in-house exhibition, diverse programming, and musical performances, the project will explore the history of the Upcountry’s Piedmont Blues, including its origins, its unique style, and the musicians who created a musical legacy.

The project will include archival materials, oral histories, and historic film footage that embody the unique style, sound, stories, and emotions associated with the Upcountry’s blues. Together, these engaging experiences will preserve and disseminate the legacy of the Piedmont Blues while introducing diverse audiences to this enriching genre.

Piedmont Blues, also known as East Coast Blues, resulted from a unique guitar finger-picking method. Compared to the Delta Blues, which is purely rooted in African culture, the Piedmont Blues in the Carolinas and Georgia has more diverse elements. This characteristic was a result of white gospel, ragtime, country, and pop music influences that allowed Piedmont Blues artists to display greater instrumental range compared to their Delta counterparts.