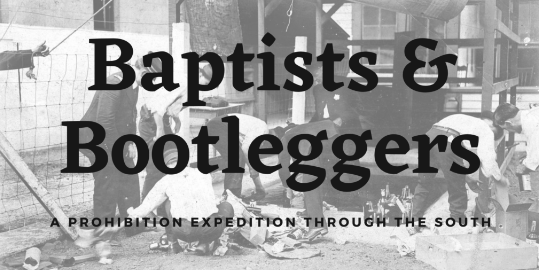 Baptists & Bootleggers: A Prohibition Expedition through the South with Kathryn Smith

Everyone has heard of Prohibition, the period between 1920-1933 when it was illegal to sell alcohol in the United States. But what happened in the South? We went dry before most of the nation did — and perfected rum-running, moonshining, bootlegging and other ways of getting alcohol to the public just in time for the curtain to go down on legal liquor sales. Historian Kathryn Smith will share the story from her book Baptists and Bootleggers: A Prohibition Expedition Through the South…with Cocktail Recipes.

Free to UHM Members and included with your general admission for all other guests.