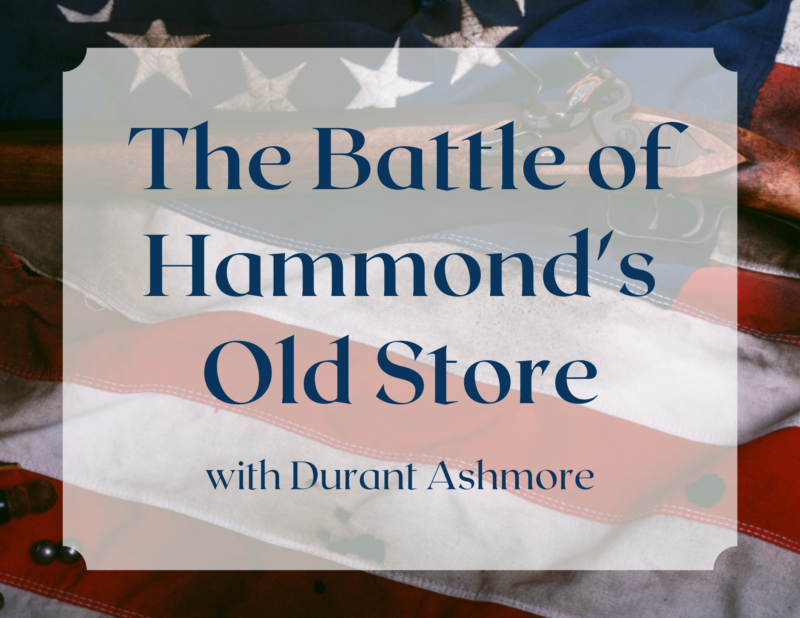 The site of the Battle of Hammond’s Old Store, fought on Dec. 30, 1780, has been lost to history for over 200 years. Last winter the battleground locating team from the SC Battleground Trust was able to get permission to search an area in Laurens County, generally assumed to be the location of the battle. After spending five weekends in the winter of 2022, this team was able to definitively locate the battle site.

The Battle of Hammond’s Store was a slaughter. Of 250 Loyalist militiamen involved, 150 were killed or wounded, 40 captured and 60 escaped. Of 250 Patriots involved, there were 0 casualties. Lt. Col William Washington and his 80 men of the 3rd Continental Light Dragoons were augmented by 200 mounted riflemen from the Ninety Six District. The battle was an integral part of the ongoing civil war that occurred in the SC Backcountry.

On Saturday, January 28 at 10:00 a.m. there will be a field trip to this battle site. You will be able to walk in the footsteps where heroes fought. The address is 1503 Green Plain Rd., Clinton. There is no extra cost for the Saturday field trip.

Each ticket reservation will include two, complimentary drink tickets. The Museum will serve light refreshments with beer and wine.

$15 for all other guests