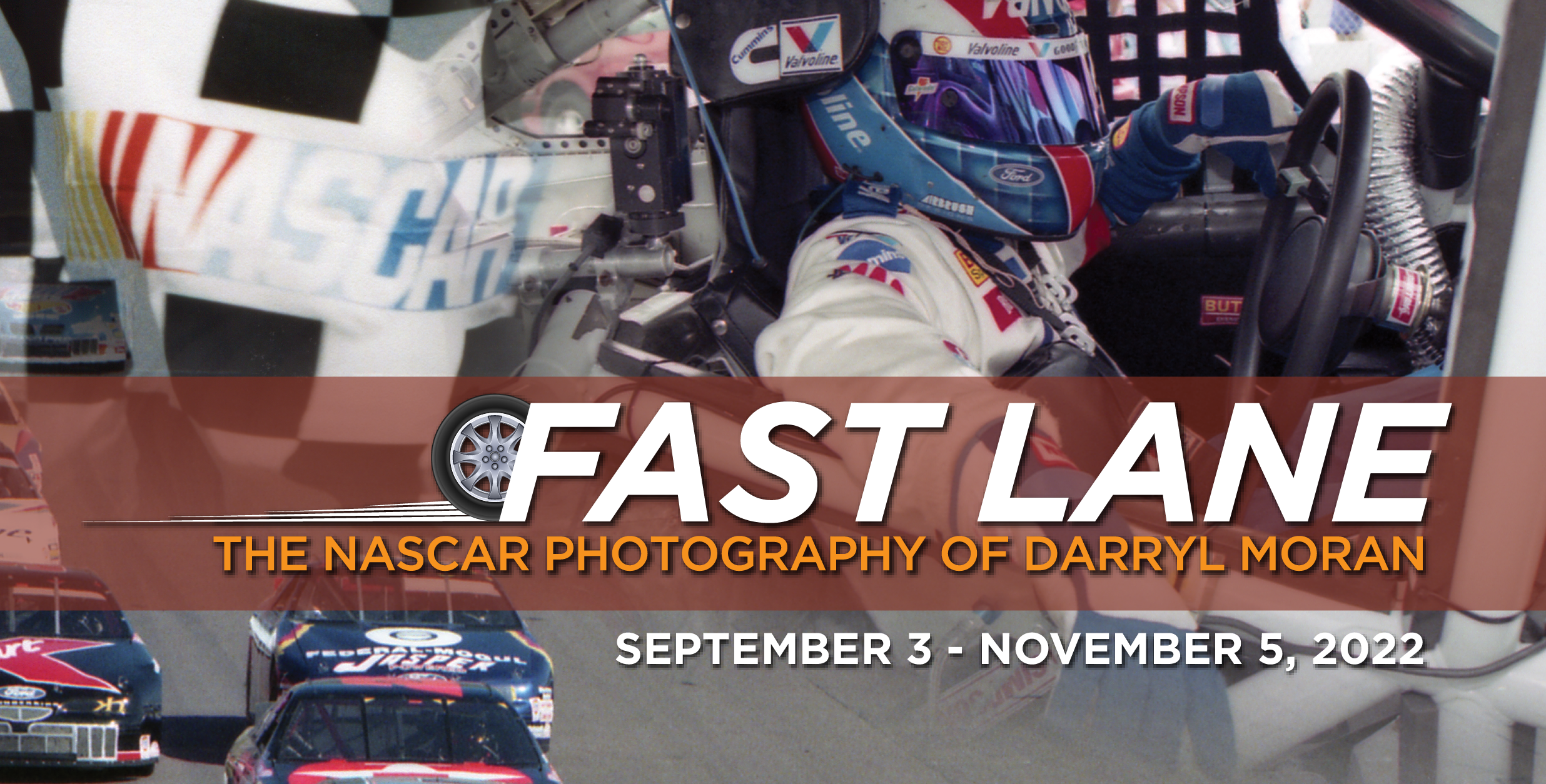 Speed, action, danger, corporate logos, pop icons – these are the defining elements of Darryl Moran’s stock car racing photographs. The first official photographer hired by NASCAR Moran was responsible for capturing all aspects of the races from 1993 to 1997. Darryl Moran’s images depict the frantic pace of race day as well as the camaraderie of the drivers, intimate moments with fans and family members, and the support and spirit of the pit crew. During his tenure, the self-taught artist captured such legendary drivers as Dale Earnhardt, Rusty Wallace, Jeff Gordon, Mark Martin, Terry Labonte, Tammy Jo Kirk, and Harry Gant.

Moran’s pictures were some of the first to capture the emotion of the races and the compassion of the drivers and fans. His images, taken initially for his own interests, caught the eye of NASCAR executives, who felt that they signaled a new direction for the sport’s image, one that focused on a broader scope of experiences and not just the technicality of the race and its winners. Through photographs, memorabilia, and objects, the exhibition explores Moran’s development of this new vision of NASCAR, one that continues to shape the images of the sport today.

The exhibition also examines Moran’s role as a NASCAR photographer, including taking all the gear needed for the day – cameras, multiple lenses, water bottles, batteries, media cards, and more. NASCAR photographers move rapidly from the media center to the garage, to the track, and to the winner’s circle. After the first practice ends its back to the media center to process images, transmit them, and rest for a few minutes before heading to the garage or track to start all over. When there is a full-race the cycle repeats itself – when the race ends it’s a rush to the winner’s circle to get the best spot for a photo of the winner. And finally, it is back to the media center to transmit images to the various media outlets.

In its commitment to connecting Upstate local history with national and global history, the Upcountry History Museum will share the story of Greenville Pickens Speedway which started as a dirt track in 1940. After thirty years on dirt, the Speedway was paved in 1970. On April 10, 1971, Greenville Pickens Speedway hosted the first-ever, start to finish, live televised NASCAR Race. Since then, hundreds of sanctioned NASCAR races have taken place at the Speedway. Though the cars and drivers have changed, the legacy and thrill of racing continues.