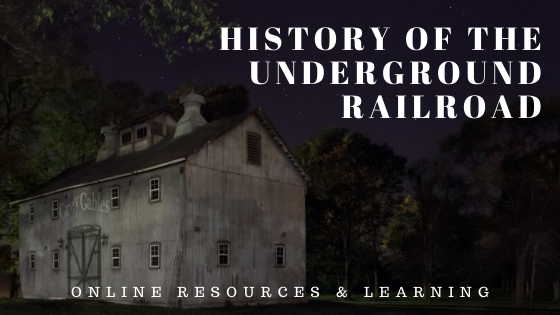 “I looked at my hands to see if I was the same person now I was free. There was such a glory over everything, the sun came like gold through the trees, and over the fields, and I felt like I was in heaven.”
– Harriet Tubman Enjoy this short online documentary from PBS, which tells the story of a humble Philadelphia clerk who risked his life shepherding runaway slaves to freedom in the tumultuous years leading up to America’s Civil War. William Still was the director of a complex network of abolitionists, sympathizers and safe houses that stretched from Philadelphia to what is now Southern Ontario.

“On the Trail of Harriet Tubman” Maryland’s Eastern Shore is home to many historical sites and parks devoted to the heroine of the Underground Railroad. Follow her journey via this quick and interesting read from Smithsonian Magazine.

“Harriet Tubman and the Comabahee River Raid in South Carolina” On June 2, 1863, Harriet Tubman, under the command of Union Colonel James Montgomery, led 150 black Union soldiers who were part of the U.S. Second South Carolina Volunteers in the Combahee River Raid which liberated more than 700 enslaved people. Read more about this South Carolina event from the Black Past online reference center.