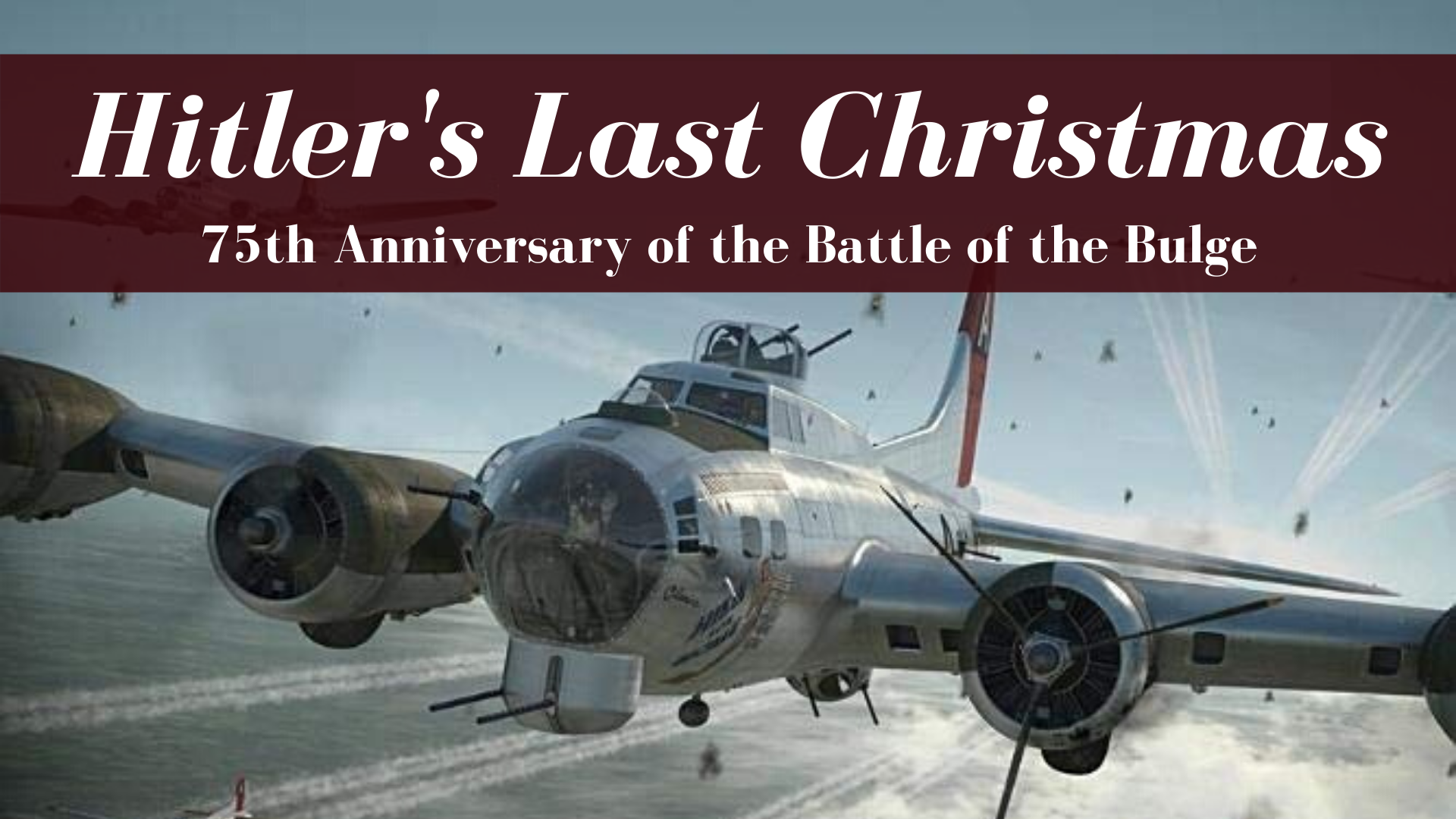 Join us as author Donald Kilburg discusses his book, Hitler’s Last Christmas, commemorating the day the entire mighty 8th Air Force entered the Battle of the Bulge. The events of World War II have been studied, analyzed and documented extensively. Yet, one of the greatest feats of aerial bombing warfare has been all but ignored.

In Hitler’s Last Christmas, we revisit the Second World War and specifically Sunday, December 24, 1944—when the 8th Air Force launched the largest air armada in the history of warfare. It was a desperate effort by the Allies to support the troops hopelessly hunkered down in the frigid weather of the Battle of the Bulge. The eventual success of those beleaguered troops was to some great measure due to the success of that Christmas Eve air mission.

The details of the 8th Air Force mission #760 were mis-filed shortly after the war and the magnitude of that day in December 1944 overlooked—until now. Hitler’s Last Christmas shares the accounts of the event both from the Air Force Archives and the memories of those brave flyers who participated in it.

FREE to members – Regular admission for other guests