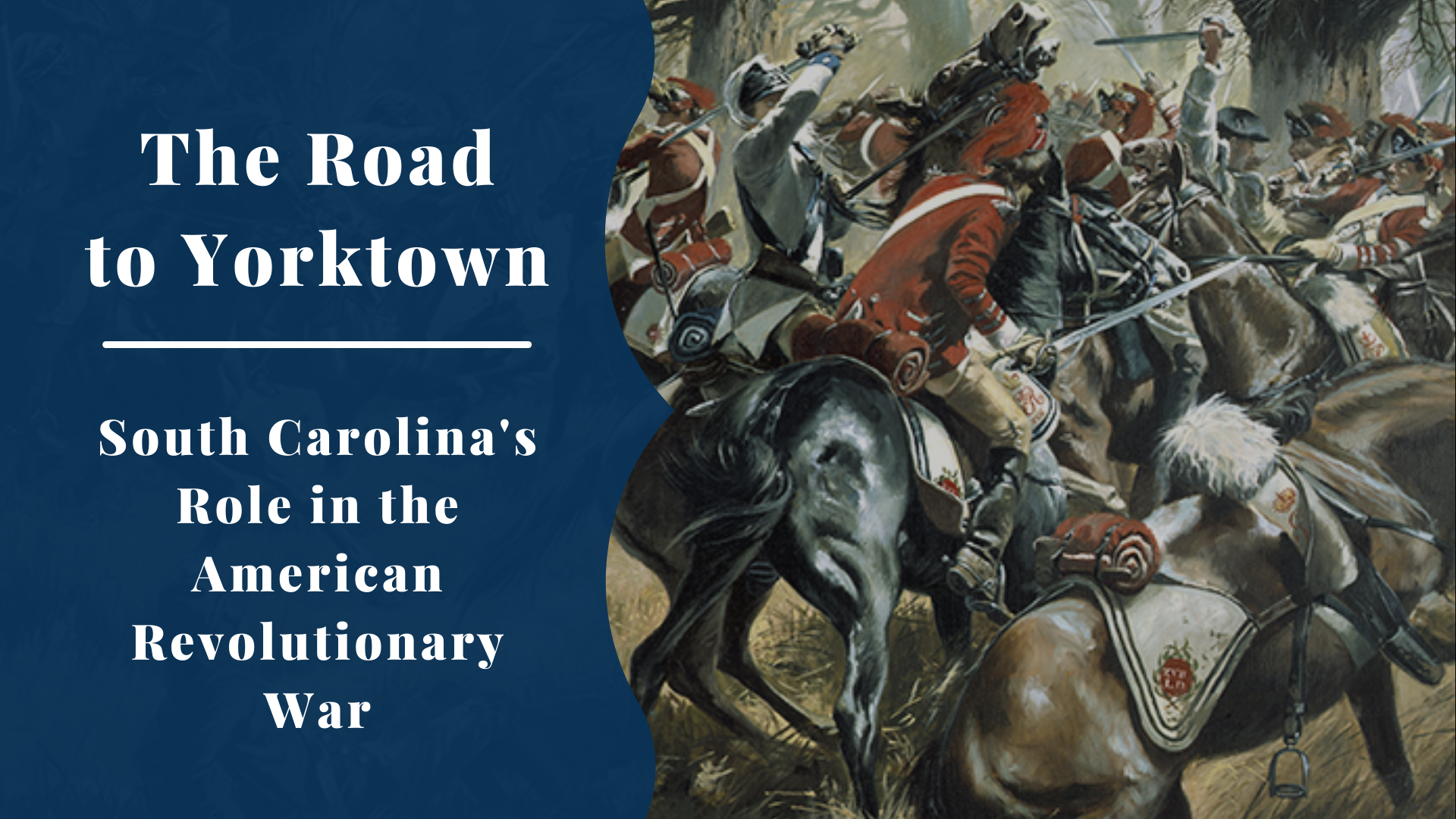 Topic: The Road to Yorktown: South Carolina’s Role in the American Revolutionary War

Join author and historian, Bill Fitzpatrick as he shares our state’s outsized contributions to America’s independence, beginning with the invasion of Charleston, through the battles of Huck’s Defeat, King’s Mountain, and Cowpens, through the heroics of Andrew Pickens, Nathanael Greene, and Kate Barry, and to the day the British and their compatriots left Charleston harbor on “Victory Day,” December 14, 1782.