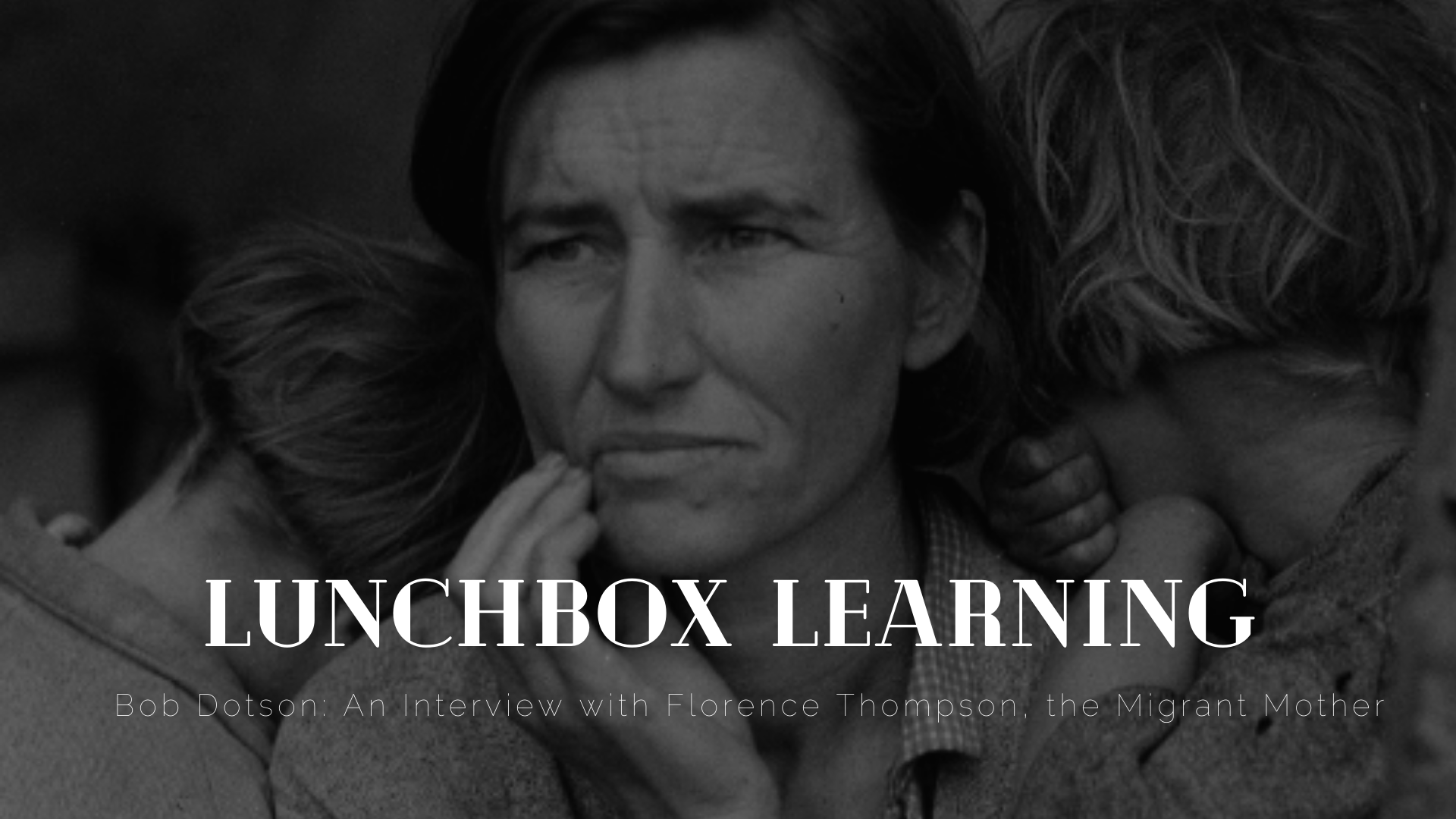 Topic: “An Interview with Florence Thompson, the Migrant Mother”

The museum’s Masters of American Photography exhibition features one of the best known images on earth — the Migrant Mother — Dorothea Lange’s iconic photograph of a woman struggling to survive.  Many of us have seen that picture, but few know the mother’s story.  At the start of the Great Depression, Florence Thompson had five children, was pregnant with another and her husband had just died.  She did not talk publicly about that dark time for 50 years, until the day Bob Dotson stopped to listen — and learned how to survive.

Join Bob on Wednesday, June 16th, here at the museum or virtually for the story behind that iconic photo.

Bob Dotson has crisscrossed this country, more than four million miles, searching for people who change our lives, but don’t take time to tell us about it.  His long-running series, “The American Story” was a regular feature on the NBC TODAY Show for 40 years.  He is now a New York Times best selling author. Dotson’s stories have earned 120 awards, making him one of the most honored storytellers of our time.

Lunchbox Learning is free for UHM Members and included with general admission for all other guests attending in person.

To attend the program virtually, cost is free for UHM Members and $5.00 for all other guests.