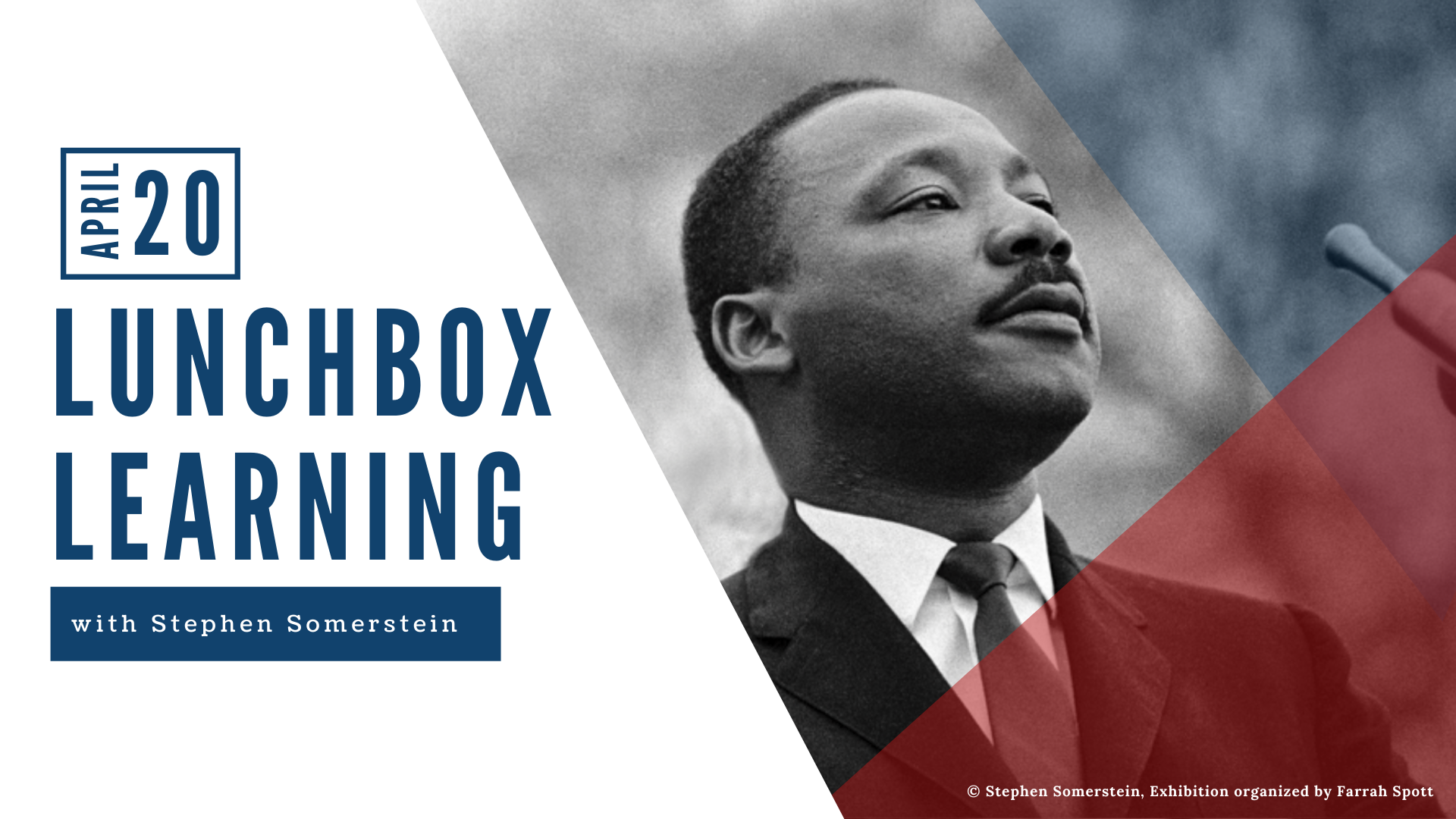 Two thousand marchers set out March 21, 1965, along Route 80, known as the “Jefferson Davis Highway.” After two failed attempts to complete the march, President Lyndon B. Johnson dispatched federal and state troops to guard the demonstrators along the way to the state capitol, 54 miles away. By the time the marchers reached Montgomery, their number had grown to 25,000.

Following the rapidly unfolding events, 24-year-old City College of New York student journalist-photographer Stephen Somerstein joined the gathering student contingents on one of the many chartered buses leaving New York City and heading to Alabama. He arrived on March 25, in time for the final march to the state capitol. With five cameras around his neck and only 15 rolls of film, Somerstein seemed to be everywhere at once documenting this pivotal moment in the civil rights movement. He captured photographs of Dr. Martin Luther King, Jr. and other prominent activists such as Rosa Parks, James Baldwin, Bayard Rustin, John Lewis, and Joan Baez. Somerstein also took poignant portraits of his fellow demonstrators, as well as the anonymous bystanders who had gathered along the route to observe the civil action in progress.

Join us virtually or in-person on Wednesday, April 20, as Mr. Stephen Somerstein shares his personal memories and experiences of that 1965 march from Selma to Montgomery.

The April 20 program will be in-person and also stream virtually through Zoom.