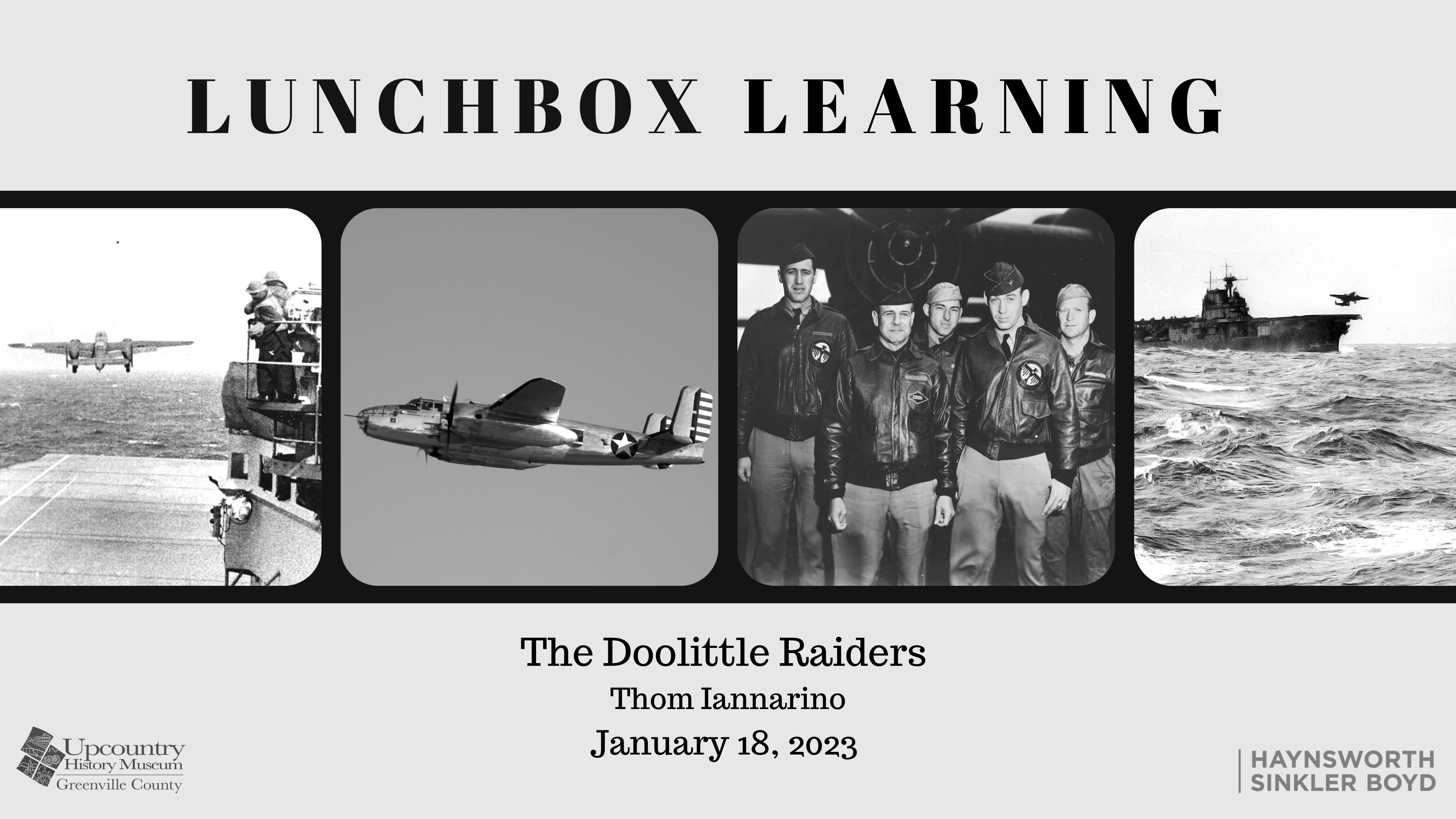 U.S. Army veteran and former Education Specialist the the U.S.S. Yorktown, Thom Iannarino presents his extensive knowledge of World War II aviation history in this lecture on the Doolittle Raids. Following the bombing of Pearl Harbor, Hawaii on December 7, 1941, the United States military set out to plan an air raid on the Japanese mainland, spearheaded by Lieutenant Colonel James Doolittle. The raids demonstrated the resiliency of the American fleet and the vulnerabilities of the Japanese mainland. This first aerial retaliation left Americans hopeful for the first time in many months. Mr. Iannarino will explore this pivotal military attack and the use of the American medium bomber, the B-25 Mitchell in his presentation.