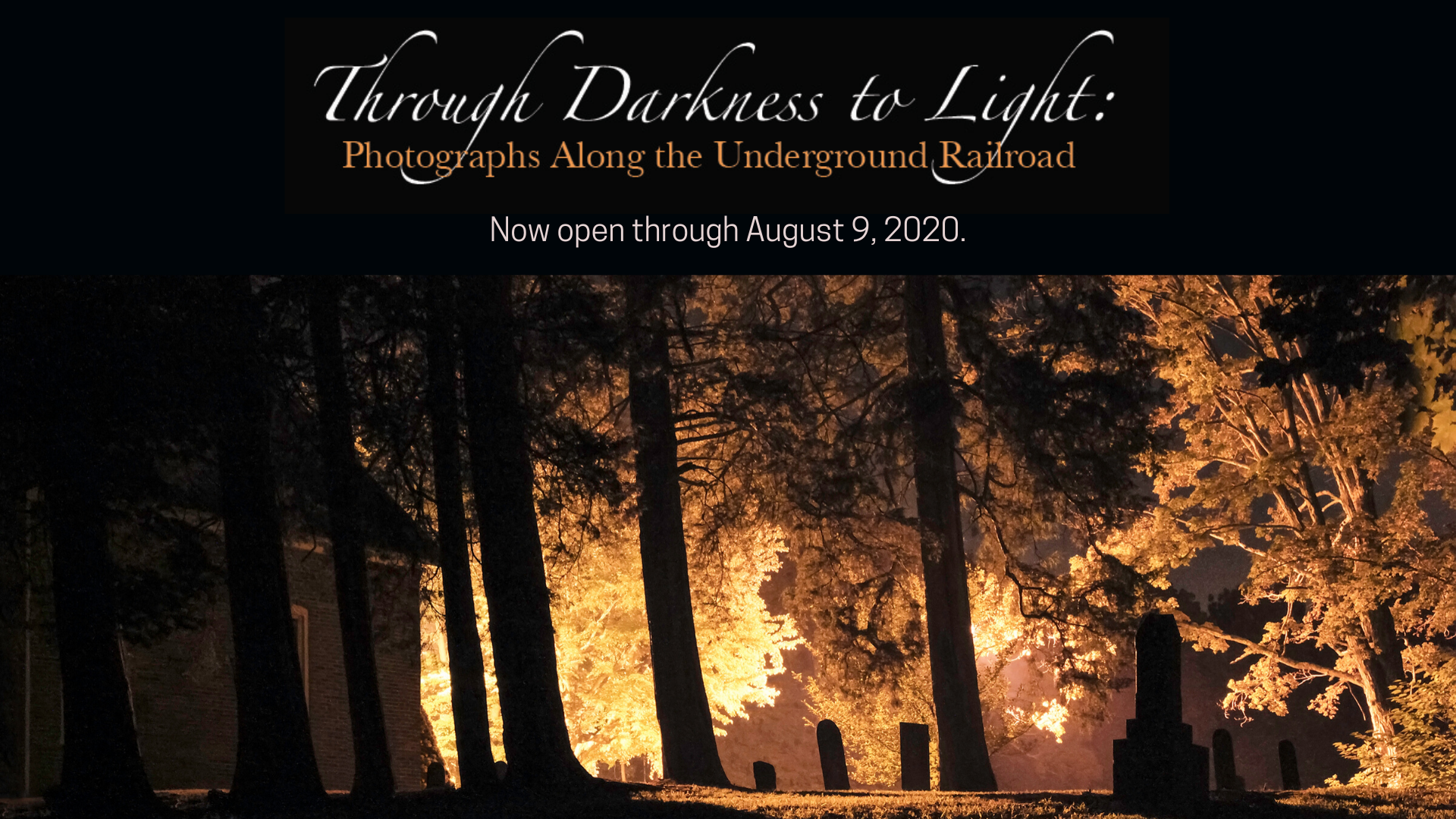 They left in the middle of the night – often carrying little more than the knowledge to follow the North Star. In the decades prior to the Civil War in 1865, an estimated 100,000 slaves became passengers on the Underground Railroad, a journey of untold hardship, in search of freedom.

Under the cover of darkness, “fugitives” traveled roughly 20 miles each night traversing rugged terrain while enduring all the hardships that Mother Nature could bring to bear. Occasionally they were guided from one secret, safe location to the next by an ever-changing, clandestine group known as the Underground Railroad. Whether they were slaves trying to escape or free blacks and whites trying to help, both sides risked everything for the cause of freedom.

Photographer Jeanine Michna-Bales has spent more than a decade meticulously researching “fugitive” slaves and the ways they escaped to freedom. While the unnumbered routes of the Underground Railroad encompassed countless square miles, the path Michna-Bales documented encompasses 2,000 miles and is based off of actual sites, cities, and places that freedom-seekers passed through during their journey.

The national traveling exhibition, developed by ExhibitsUSA and The Metropolitan Museum of Art, New York, includes over 50 images and research tracing the collective steps of men, women and children in their steps toward liberation. Unforgettable color photographs, ephemera, and narratives featured in the exhibition share the story of the Underground Railroad.

Considered to be the first Civil Rights movement in the United States, the Underground Railroad included people of different races, genders, classes, faiths, and regions working together to covertly guide the enslaved from one safe location to the next, until they reached freedom.