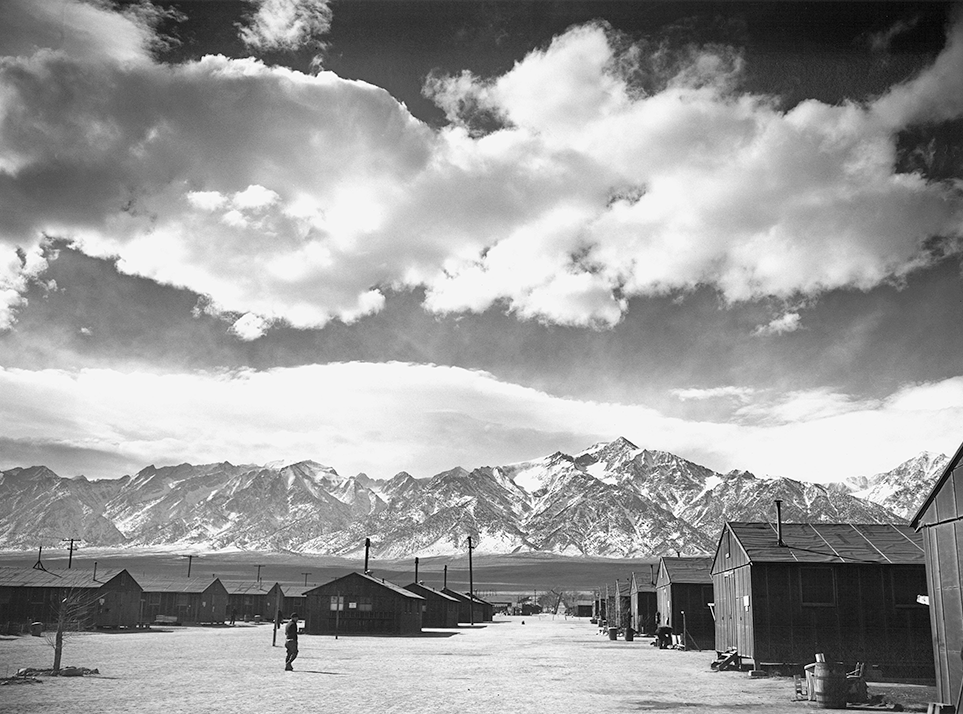 The Manzanar Relocation Center, located 220 miles northeast of Los Angeles, was the first of ten camps established to detain 120,000 individuals of Japanese descent. Located on the eastern shoulder of California’s Sierra Nevada range, the camp at Manzanar opened in March 1942 and operated through November 1945 as a confinement site for more than 11,070 Japanese Americans. Manzanar: The Wartime Photographs of Ansel Adams consists of fifty photographs taken by famed Western landscape photographer Ansel Adams of the Manzanar Relocation Center between 1943 and 1944. The controversial period in American history is depicted in authentic black and white photographs by the skilled Adams and presents a moment in time when Japanese American citizens were denied their freedom and rights due to their Japanese ancestry.

Adams presents an intimate look at daily life in Manzanar through portraits and images of daily life. This series is a departure from his usual landscape photography. Concentrating on the internees and their activities, Adams photographed family life in the barracks; people at work – internees as welders, farmers, and garment makers; and recreational activities, including baseball and volleyball games.

In addition to Adams’s work, the exhibition features photographs by Dorothea Lange and Toyo Miyatake. Miyatake, a Los Angeles portrait photographer and internee at Manzanar, fashioned a camera from parts he brought with him in his luggage. Both Adams’s and Miyatake’s photographs present a positive view of those interned at Manzanar. In contrast Lange’s photographs reflect the upheaval of evacuation and the bleak conditions at the camp.