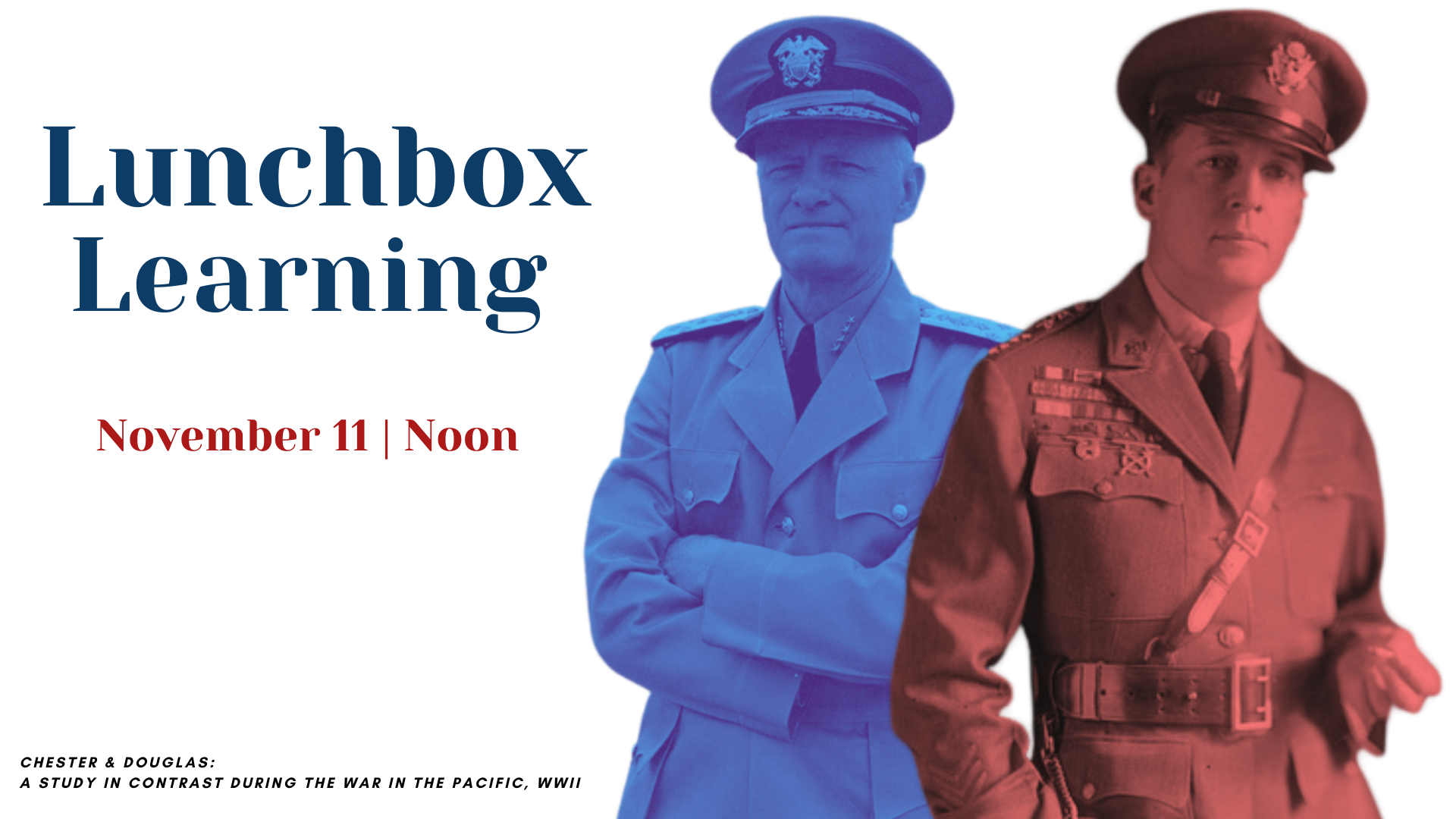 Topic: Chester & Nimitz: A Study in Contrast during the War in the Pacific, WWII

Admiral Chester Nimitz and General Douglas MacArthur shared the prosecution of the war in the Pacific, while General Dwight Eisenhower alone controlled the war in Europe and Africa during World War II. Ike was in charge! No questions about it. He pretty much called the shots while balancing English, Russian, and French egos in the process. While both war areas were part of the overall strategy of winning the war, they were actually two different wars. Other than carrying soldiers ashore from the sea in Africa, and Europe, and the deadly ship-sub encounters, Europe was a land war while the Pacific was a naval war. Thus, President Roosevelt chose two commanders in the Pacific war. Both men were his choice against the wishes both War and Navy Departments.
Many writers state that Nimitz had command of the North Pacific while MacArthur had the South Pacific. That is not so. MacArthur had the Southwestern Pacific area of Australia, Borneo, New Guinea, the Dutch East Indies, and the Philippines, while Nimitz had everything else from the Aleutian’s in the Northern Pacific, all the Central Pacific and all the South Pacific from French Polynesia to the Coral Sea. In reality, Nimitz commanded the Pacific Oceans Area while MacArthur commanded the Southwestern Pacific. Although MacArthur preferred the title of Commander-In-Chief he was designated Supreme Commander Southwest Pacific while Nimitz was designated Supreme Commander Pacific Oceans Area. That is up until 1945.
These two men could have been from two different universes. They were complete opposites. Find out how they successfully defeated Imperial Japans war machine between 1941 and 1945.

RESERVATIONS ARE REQUIRED AS ATTENDANCE MUST BE LIMITED TO ENSURE THE SAFETY OF ALL GUESTS.