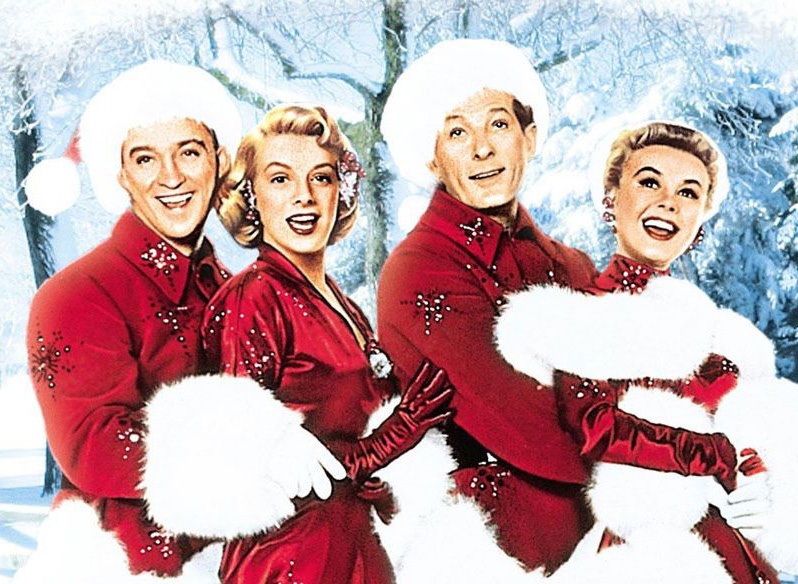 In December of 1941, seventeen days after the Japanese attack on Pearl Harbor, Bing Crosby made the first live radio performance of a new song called “White Christmas.” Crosby’s unforgettable voice, singing what would become one of the most iconic Christmas songs ever written, went almost unnoticed in the flurry of activity around the United States entry into World War II.

The song had been created by songwriter Irving Berlin, a Jewish Russian immigrant. Its nostalgic view of an ideal snowy northeastern Christmas had to wait until the August 1942 release of the movie Holiday Inn before its popularity would take off. Within a month of the film’s premiere, sheet music and record sales propelled “White Christmas” to the top of the Hit Parade music chart for 10 weeks beginning in November 1942. From that point on, “White Christmas” became an instant classic and one of the most patriotic songs of World War II.

The song won the Academy Award for Best Original Song in 1942 and was such a hit, that Berlin decided to write an entire movie around it. The Upcountry History Museum in partnership with the Rosemary Clooney House, Augusta, Kentucky and a private collector, will host White Christmas – The Exhibition in the Fall of 2020. Greenville, South Carolina will be the second U.S. city to host the 2000 square foot exhibit.