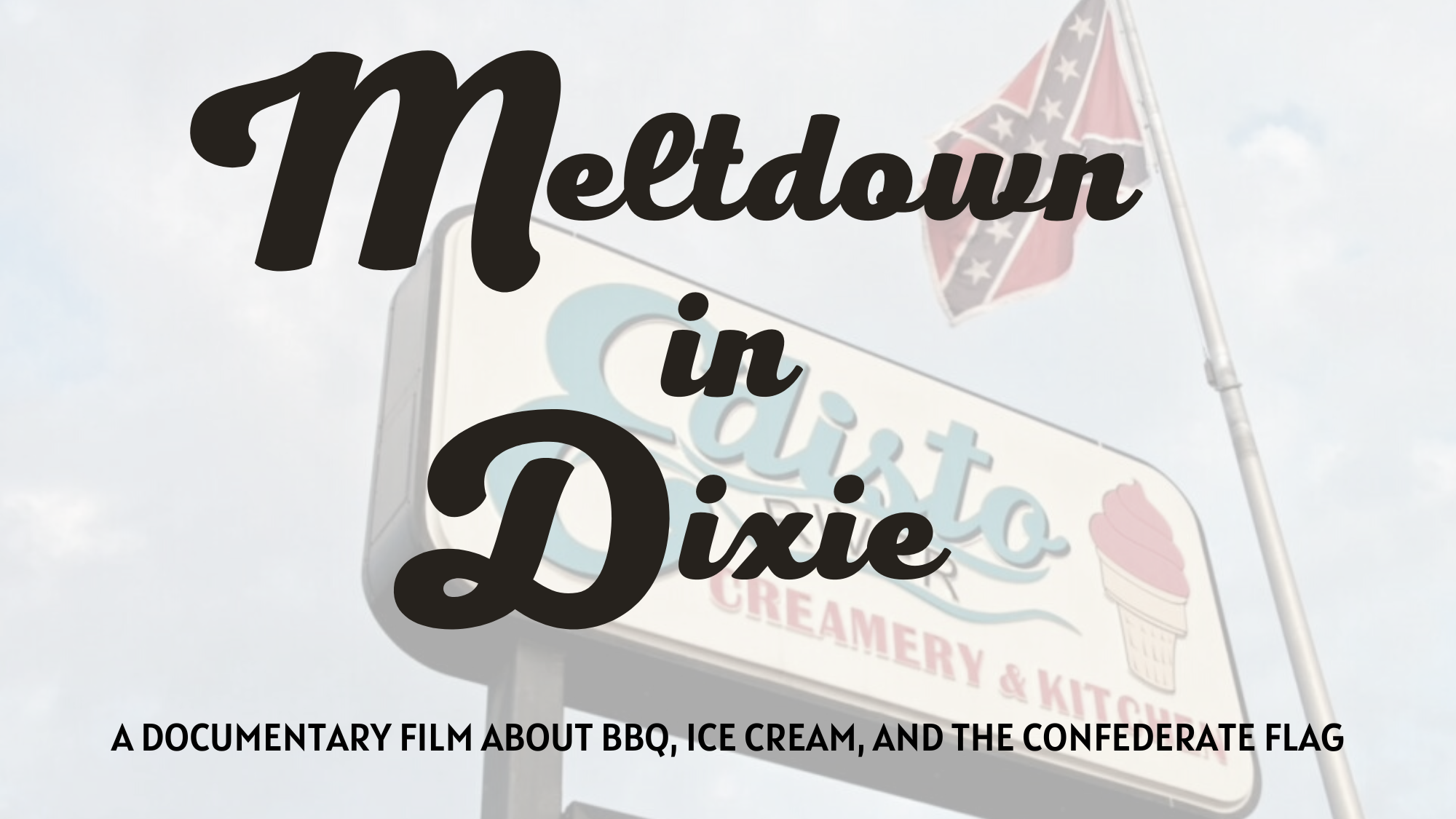 In the wake of the 2015 Charleston Massacre, a battle erupts in Orangeburg, South Carolina, between the Sons of Confederate Veterans and an ice cream shop owner forced to fly the Confederate flag in his parking lot. The film explores the broader role of Confederate symbolism in the 21st century and the lingering racial oppression which symbols such as this help maintain.

Directed by Orangeburg, S.C. native Emily Harrold, Meltdown in Dixie explores the broader role of Confederate symbolism in the 21st century through a local look at a battle over a flag flying outside the Edisto River Creamery. The film follows the owner of the Creamery as he tries to bring the flag down. Countering this, the film also profiles the local chapter of the Sons of Confederate Veterans, who want to keep the flag flying. After the 40-minute film screening, the Upcountry History Museum will host a panel discussion. All attendees are welcomed and encouraged to participate in the discussion.

The discussion will be moderated by SC Humanities Scholar, Efia Nwangaza. Ms. Nwangaza, civil/human rights attorney, is the Executive Director of the Malcolm X Center for Self Determination and the founder and director of the Afrikan-American Institute for Policy Studies and Planning in Greenville, SC. Joining the panel discussion will be Dr. Sherry Kostman, a Licensed Clinical Psychologist in South Carolina. Dr. Kostman is currently Behavioral Health Director for New Horizon Family Health Services, a federally qualified health center in Greenville, SC. Also joining the panel discussion will be the film director and Orangeburg, SC native, Emily Harrold. Admission for the film screening and panel discussion is free for all guests, however reservations are encouraged. This event is apart of a series of public screenings of “Meltdown in Dixie” organized by the Center for Creative Partnerships at the SC Humanities. The mission of SC Humanities is to enrich the cultural and intellectual lives of all South Carolinians. Established in 1973, this 501(c) 3 organization is governed by a volunteer 20-member Board of Directors comprised of community leaders from throughout the state. It presents and/or supports literary initiatives, lectures, exhibits, festivals, publications, oral history projects, videos and other humanities-based experiences that directly or indirectly reach more than 250,000 citizens annually.