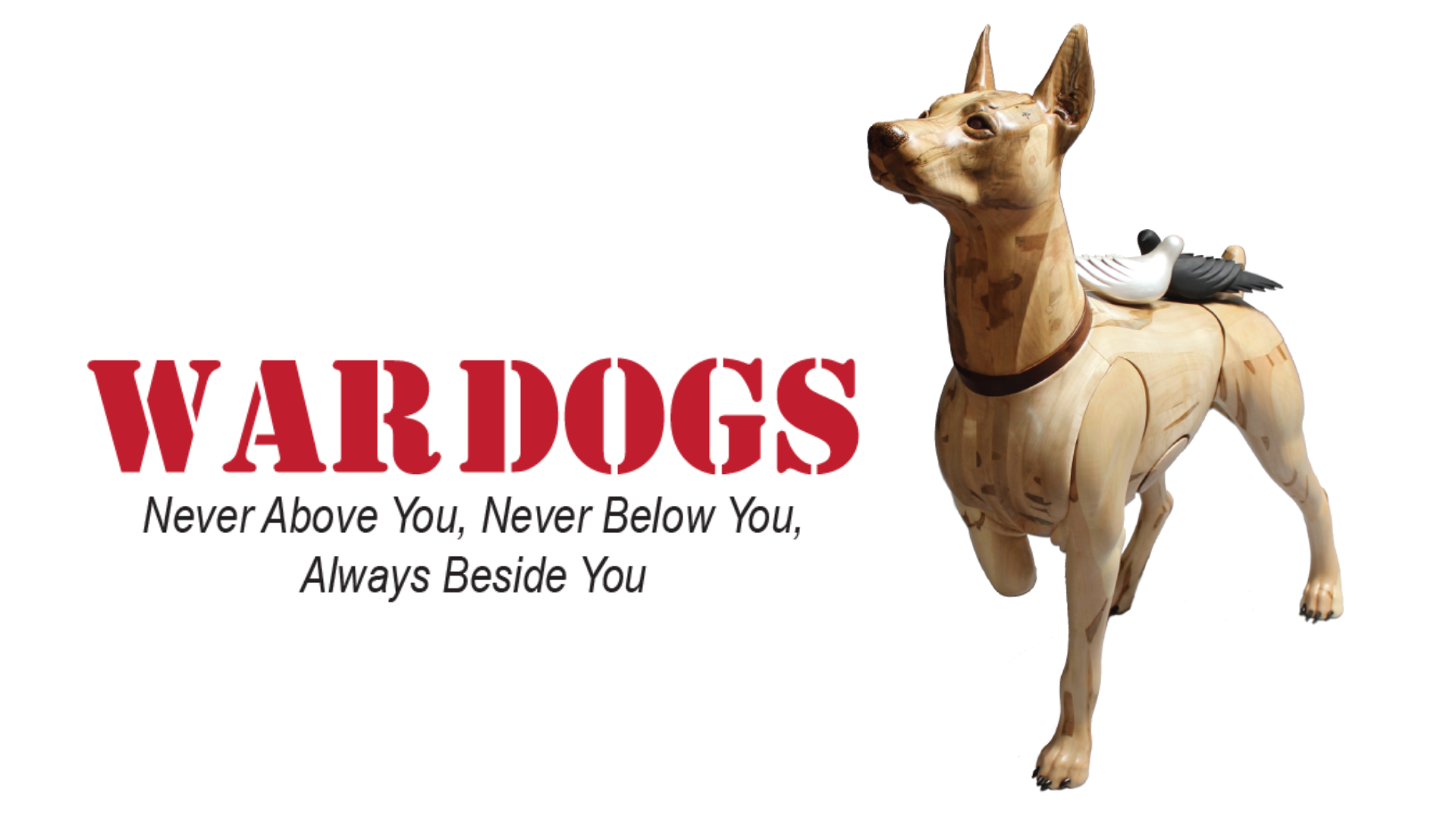 Since the American Revolutionary War, military working dogs have served with all branches of the United States Armed Forces. First used as pack animals, working dogs have expanded their military roles to include scouting, policing, detection, and combat. The exhibition combines life-size sculptures designed by Ohio master craftsman James Mellick with combat art and objects on loan from the collections of the National Museum of the Marine Corps, the United States Coast Guard, and the United States Navy.

One of James Mellick’s sculptures represents Lucca, a Marine Corps war dog.  She conducted more than 400 missions during two deployments to Iraq and one to Afghanistan.  One of those missions cost Lucca her leg and severe burns but there were no human casualties under her watch.  When she retired, her handler was able to adopt her.

Twenty pieces of art paint a more complete picture of dogs at work, detailing the most menacing war dogs to goggled high-flying dogs to sleeping warriors and keen detectives. Artifacts include items used by war dogs and their handlers. Dog uniforms, medical kits and Purple Hearts share poignant stories of perseverance and bravery.